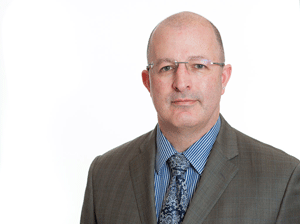 Mr. Leviant is a civil litigator with well over a decade of experience handling complex and class action matters.  Mr. Leviant recently returned to the field of employment-related litigation, focusing on wage and hour class action litigation.  His practice involves labor and employment class action lawsuits involving various violations of the California and federal labor laws, and wrongful termination cases such as discrimination and harassment claims. He has extensive experience litigating in both federal and state courts.

Our attorneys are well respected in the legal industry because we are known as aggressive litigators and have a proven track record obtaining results for our clients. Since 1999, our firm has recovered in excess of $100 Million on behalf of our clients. We represent exclusively individuals who have been harmed by their employers. Unlike some other law firms who are only interested in resolving your case quickly without taking into consideration the actual value of your case, we strive to obtain the most amount of money on your behalf whether it is through settlement or trial.

Setareh Law Group has emerged as a nationally recognized law firm dedicated to representing individuals in labor and employment matters. The skill and experience of our attorneys in aggressively litigating cases has enabled our clients to obtain justice against major corporations. Since its founding in 1999, the Setareh Law Group has recovered more than $100 Million on behalf of our clients. We are fully committed to obtaining justice on your behalf. Call us toll-free at +1(877) 222-7800 for a free and confidential consultation.

CALL US TOLL FREE AT

When you contact the Setareh Law Group, one of our experienced attorneys will go over your case in a confidential legal consultation, without any cost to you. We will evaluate your work situation and advise you of your legal rights. We are committed to thoroughly investigating your claims and will pursue them to ensure that your rights remain protected as you seek compensation from your employer.